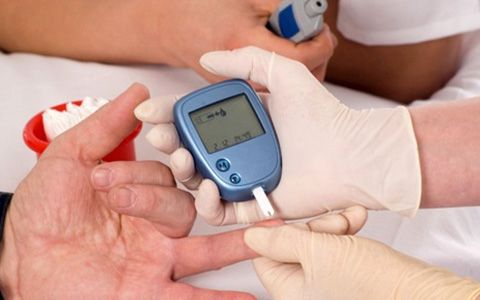 The endocrine system is a complex group of glands. Glands are organs that make hormones. These are substances that help to control activities in your body. Different types of hormones control reproduction, metabolism (food burning and waste elimination), and growth and development.
Hormones also control the way you respond to your surroundings, and they help to provide the proper amount of energy and nutrition your body needs to function. The glands that make up the endocrine system include the thyroid, parathyroid, pancreas, ovaries, testes, adrenal, pituitary and hypothalamus.

Endocrinology is a specialised branch of medicine that deals with the biosynthesis, storage, chemistry, biochemical and physiological function of hormones and with the cells of the endocrine glands and tissues that secrete them. The endocrine system consists of several glands, all and in different parts of the body that secrete hormones directly into the blood rather than into a duct system
Who Is An Endocrinologist?


Endocrinologists are specially trained doctors who diagnose the diseases that affect your glands. They know how to treat conditions that are often complex and involve many systems within your body. Your primary care doctor refers you to an endocrinologist when you have a problem with your endocrine system.

How Do Hormones Affect Our Body?


The endocrine system consists of several glands, situated in different parts of the body, which secrete hormones directly into the blood rather than into a duct system. Hormones have many different functions and modes of action; one hormone may have several effects on different target organs, and, conversely, one target organ may be affected by more than one hormone.

What Should My Blood Sugar Level Be?

How Often Should I Check My Blood Sugar Level?


Blood sugar levels should be checked at least twice each day.

What Is Hemoglobin A1c?

Here's how blood sugar works in the body. Glucose (blood sugar) circulates in the blood after food is absorbed in the intestine. A small amount normally combines with the hemoglobin molecule (A1c). Hemoglobin is the red-colored protein in red blood cells that carries oxygen to the rest of the body. It operates in direct proportion to the amount of glucose in the blood. The glucose remains with the hemoglobin molecule until the individual's red blood cells die - usually between two and three months. When the patient's blood is analyzed for hemoglobin A1c, the resulting value number provides an estimate of the level of glucose over that time period.

What Foods Should I Avoid To Help Control My Diabetes?

Our administration and support staff all have exceptional people skills and trained to assist you with all medical enquiries. Kindly call to confirm your Appointment.

Please feel welcome to contact our friendly reception staff with any general or medical enquiry call us.